• Bone fracture is the most painful and dangerous risk for people with osteoporosis.
• MK4 and MK7 are both forms of natural vitamin K2.
• MK4 stops and reverse bone loss grow stronger bones and reduces fractures more
than 80%.
• MK7 has never been shown to reduce fractures.
• The use of MK4 is supported by more than 28 clinical trials with over 7000 volunteers 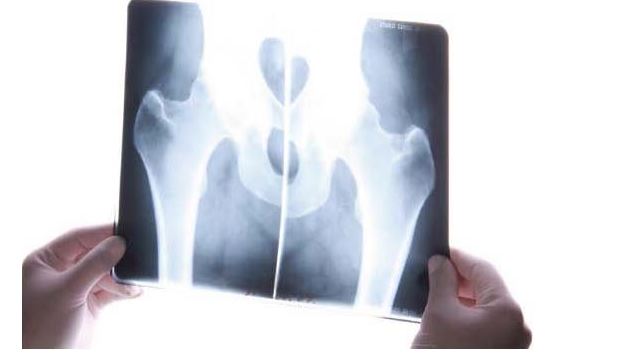 Vitamin K is a group of structurally similar, fat-soluble vitamins that include phylloquinone (K1), menaquinones (K2) and menadione (K3). Vitamin K2 is a category of natural vitamin K molecules that are designated with numbers (eg, MK4 and MK7). Plants synthesize vitamin K1 and animals can create the MK4 form of vitamin K2 by converting K1 to MK4. In foods MK4 is found in dairy and meats but at levels much smaller than those studied and shown to be helpful in humans. In contrast, MK7 is produced by bacteria. Humans cannot make MK7. Vitamin K3 is synthetic and, because of its toxicity, has been banned in by the US Food and Drug Administration for human uses. In contrast to vitamin K3, no known toxicity exists for the vitamin K1 and K2 forms. Vitamin K was first discovered in 1929 by Henrik Dam, a Danish scientist. When it was discovered the only known role for vitamin K was an essential factor in blood clotting. Thus, the vitamin was given the letter “K”, which stood for “Koagulationsvitamin.”

But research over the last 40 years has determined that vitamin K is crucial for a lot more than just blood clotting. Since vitamin K is an essential nutrient, and individual nutrients are used for many different biochemical processes in our bodies, this isn’t surprising. Vitamin K is involved in many biochemical pathways. Research shows that specific forms of vitamin K help promote healthy platelet and blood production, grow stronger bones and decrease fractures, reduce markers of inflammation and promotes connective tissue (collagen) production, making it helpful in tissues throughout the entire body.
While vitamin K1 is preferentially used by the liver as a clotting factor, Vitamin K2 is used in other organs, such as the brain, vasculature, breasts and kidneys. In fact, in the brain vitamin K2 contributes to production of myelin and sphingolipids (fats essential for brain health) and protects against oxidative damage.

Poor diets and the use of antibiotics may be causing wide-spread vitamin K insufficiency. One study that evaluated the dietary intake of more than 800 volunteers (468 women and 369 men) and correlated their vitamin K consumption with a biochemical marker of vitamin K sufficiency (undercarboxylated osteocalcin), determined that 44% of women and 54% of men were low in vitamin K. Another study determined that taking broad-spectrum antibiotics can reduce vitamin K production in the gut by nearly 74%. And in the elderly, there’s a reduction in vitamin K2 production. Low vitamin K status is a known risk factor for osteoporosis.

The Best Vitamin K2 for Bone Health is…

Both MK4 and MK7 are promoted for bone health. So which is better for bone health? The most important risk with osteoporosis is breaking a bone. Most people seem to focus on their bone density test results, but a bone density scan only predicts 44% of women who will fracture and only 21% of men. The most important thing in evaluating which nutrient in an osteoporosis supplement is better is to ask the question, “Which nutrient has been shown in clinical trials to reduce fracture?”

For reducing fractures, the research overwhelmingly supports the MK4 form of vitamin K2 in the dose of 45 mg/day. Only MK4 has demonstrated the ability to decrease fractures, the most relevant end point in randomized, controlled clinical trials. MK7 has never been shown in any studies to reduce fractures. The US National Library of Medicine’s Pubmed database, the definitive clinical research database in the country, only lists 5 clinical trials that studied the effect of MK7 on bone health in people with osteoporosis, and none of those studies evaluated MK7’s ability to reduce fractures as a study outcome.

In contrast, the benefits of MK4 for bone health in people with osteoporosis have been studied in 28 human clinical trials with more than 7,000 people. Not only have researchers repeatedly concluded that MK4 improves bone laboratory markers and bone density, but seven clinical trials specifically evaluated MK4’s ability to reduce fractures.

MK4 (45 mg/day) has been so well researched that since 1995 it’s been approved by the Japanese Ministry of Health for the treatment of osteoporosis and bone pain caused by osteoporosis. In the US, MK4 has not been approved as a medication to treat or cure disease and is instead available as a dietary supplement to naturally promote your health.

Fractures are a serious problem resulting from skeletal unloading in handicapped children. A case report was published of an institutionalized, bedridden 8-year-old girl with Arnold-Chiari deformity with low BMD whose BMD increased with MK4 treatment. MK4 also inhibited phenytoin-induced bone loss in rats; prevented and increased bone formation in neurectomized (nerve removed) rats, an animal model for immobilization osteoporosis; prevented and increased bone formation in orchidectomized (testicles removed) rats, an animal model for secondary osteoporosis caused by testosterone deficiency; and improved healing time and bone quality in experimentally induced osteotomy in rats alone and in the presence of glucocorticoids.

MK4 exerts a powerful influence on bone building, especially in osteoporosis, and in Japan has been accepted as an osteoporosis treatment. It is a fat-soluble vitamin that is a coenzyme for a vitamin K-dependent carboxylase enzyme that catalyzes carboxylation of the amino acid glutamic acid, resulting in its conversion to gamma-carboxyglutamic acid (Gla). This carboxylation reaction is essential for formation of bone collagen, which allows bone to deform upon impact, for example during a fall, without fracturing.

Although vitamin K-dependent gamma-carboxylation occurs only on specific glutamic acid residues in a small number of proteins, it is critical to the calcium-binding function of those proteins. Three vitamin K-dependent proteins have been isolated in bone— osteocalcin, matrix Gla protein (MGP) and protein S.

Osteocalcin is a protein that is synthesized by osteoblasts and is regulated by the active form of vitamin D, 1,25-(OH)2D3, also called calcitriol. The mineral-binding capacity of osteocalcin requires vitamin K-dependent gamma-carboxylation of 3 glutamic acid residues. Multiple randomized, double-blind, placebo-controlled clinical trials have shown significant decreases in undercarboxylated osteocalcin (ucOC) in volunteers supplemented with 45 mg of vitamin K2 with and without the addition of calcium and vitamin D3 compared to controls.

Importantly, while all form of vitamin K positively affect these molecular markers, simply changing a result on a blood test doesn’t necessarily mean it reduces fractures. In clinical medicine, the highest level of evidence is produced when researchers study the most clinically relevant end-point. And in osteoporosis, the most important factor to study isn’t a blood test result. It’s whether someone breaks a bone.

A 2006 meta-analysis (a study that systematically reviews clinical trials) published in the Archives of Internal Medicine by Sarah Cockayne, MSc, Joy Adams, PhD, Susan Lanham-New, PhD, and colleagues, at the University of York in England, evaluated clinical trials on MK4 and fracture risk. At that time, they identified 13 randomized, controlled trials of the effect of MK4 on osteoporosis. Of those, 7 evaluated fracture risk and so were included in their analysis. After a comprehensive review of the research, they concluded that 45 mg of MK4 could decrease vertebral fracture by 60%, hip fracture by 73%, and all non-vertebral fractures (eg, ribs, wrist) by 81%.

A randomized, controlled, open-label study of 241 osteoporotic women (avg. age approximately 67 yrs.) evaluated the fracture prevention effects of MK4. A control group of 121 women took 150 mg of calcium daily, while 120 women (the treatment group) received 150 mg of calcium daily plus 45 mg per day of MK4. The study lasted 24 months (two years) and evaluated lumbar BMD and fractures. Over the two-year period there were 30 new fractures (30.3%) in the women who did not take the MK4, and only 13 fractures (10.9%) in the women who did supplement with 45 mg/day of MK4. That’s a 200% decrease in risk.

More recently, two additional studies published in 2014 and 2016 evaluated the ability of MK4 (45 mg/day) to grow stronger bones and reduce fractures. In the first study, 213 postmenopausal women were randomized to receive either MK4 and calcium or vitamin D plus calcium. Not only did the bone density improve in the MK4 group (1.2% in the lumbar spine and 2.7% in the hip), but more importantly fractures were decreased in the MK4+calcium group compared to those taking just vitamin D and calcium.

The second study looked at the ability for MK4 (45 mg/day) to reduce fractures in people taking prednisone (30-60 mg/day). Sixty volunteers (21 men and 39 women) enrolled in the study and were assigned to take MK4 for 18 months while continuing to take their prednisone, which causes osteoporosis and osteoporosis fractures. Their bone density and the number of fractures were compared against people taking just prednisone (no MK4). The researchers concluded that not only did the MK4 maintain bone density while those not taking MK4 saw their bone density drop, not one volunteer in the MK4 group had a fracture while 5% of those people not taking MK4 fractured a bone.

Natural vitamin K, which includes vitamin K2, MK4 and MK7 is safe, even in very high doses. The US Institute of Medicine (IOM) concluded that natural vitamin K has no known tolerable upper limit (TUL). The TUL is the highest level of a nutrient that can be consumed that’s unlikely to pose any risk of adverse health effects for almost all individuals in the general population. As intake increases above the TUL, the risk of adverse effects increases.

The safety of 45 mg/day of MK4, and even at higher amounts, has been clearly established in published studies. None of the dozens of human studies that have followed more than 7,000 volunteers for up to six years documented any dangerous side effects from taking 45 mg/day of MK4. Furthermore, research has documented the safety in humans of even higher amounts, up to 135 mg/day of MK4, and have studied doses up to 250 mg/kg body weight per day in rats. These studies concluded that MK4 does not increase the risk for blood clots or other dangerous side effects. To put the animal dose in perspective. If a typical adult is 150 pounds, that would be the same as giving a human more than 17,000 mg MK4, which is nearly 380 times more per day than the 45 mg/day used in the published clinical trials. MK4 is extremely safe, even in very high doses.

The only known exception to this is for people taking the medication Warfarin (Coumadin). All types of vitamin K interfere with Warfarin. People taking Warfarin should only consume Vitamin K-containing dietary supplements only after consulting their healthcare provider, and only under close supervision by a medical professional.